Kenan tries to impress a girl named Melissa by saying he has a limousine. He manages to get one, and lets Kel join in for the limo ride only. Kel knocks out the driver by trying to get his keys. Then, Kenan and Melissa get in the limo, and Kel tries to drive them to a restaurant, but crashes the vehicle. 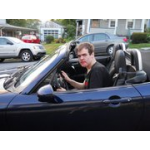